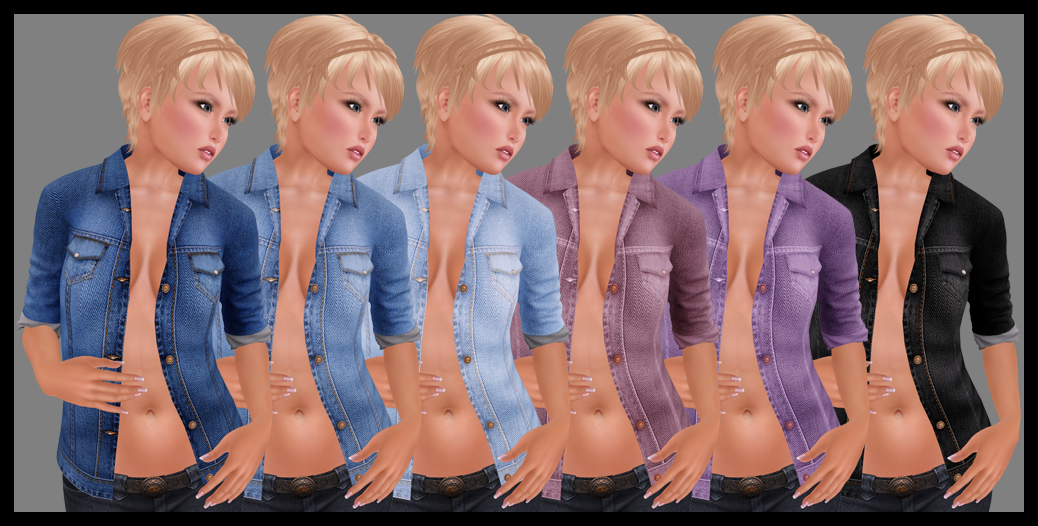 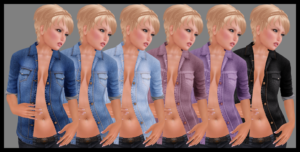 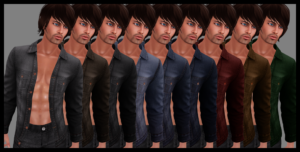 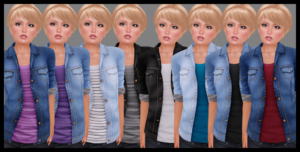 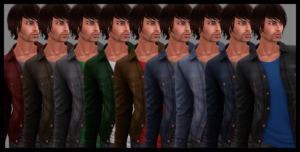 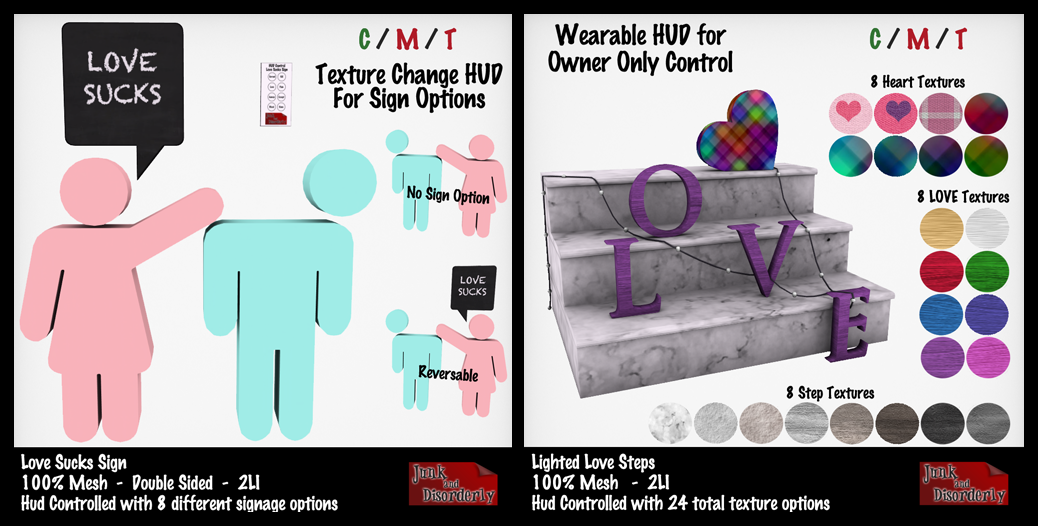 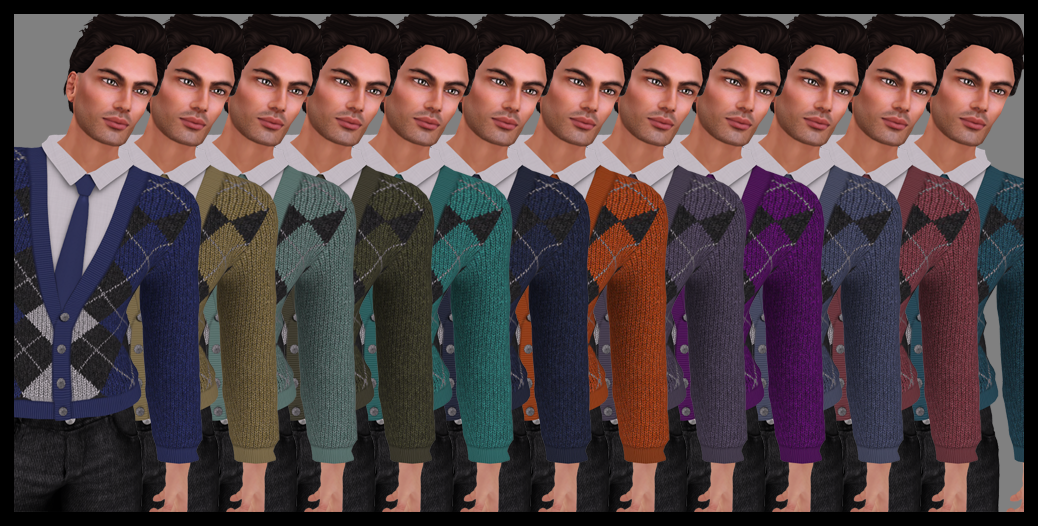 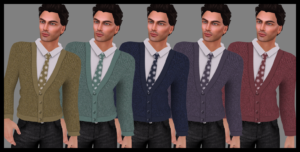 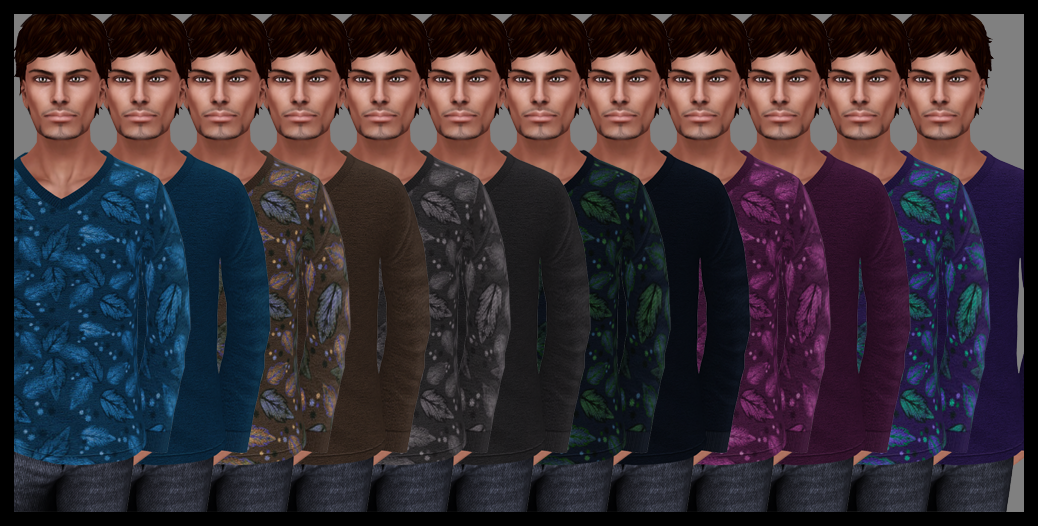 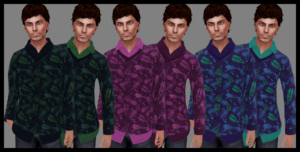 All items are available individually, and also in our popular Value and (new) Swag Packs!  Drop by the main store today to try the DEMO, we believe you’ll love them as much as we do! 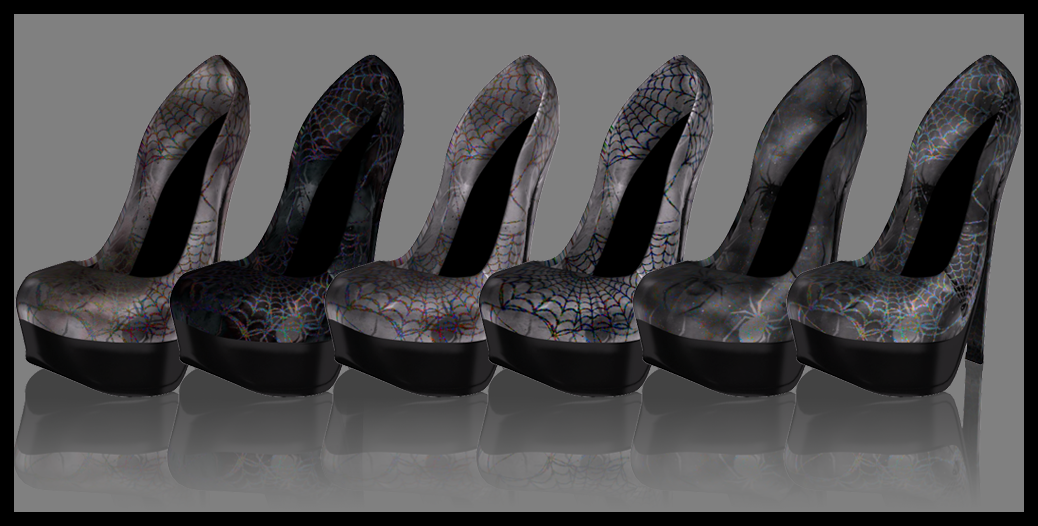 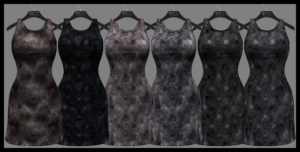 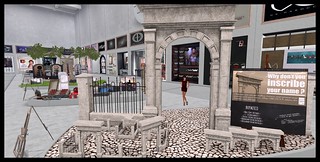 Amazing offer going on now, but you must act fast!

New from Anhelo and only available right now at the Cosmopolitan Event is the new M21CO Stone Gate and Fence.  Not only is it amazingly detailed and looks stunning as it is, but if you move quickly Anhelo will modify the materials textures and add your name to the top of the gate in your choice of 3 available fonts! 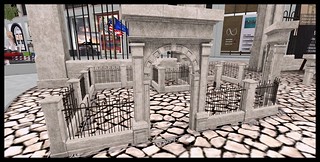 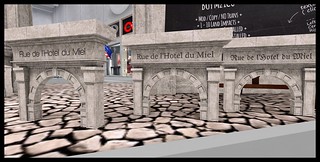 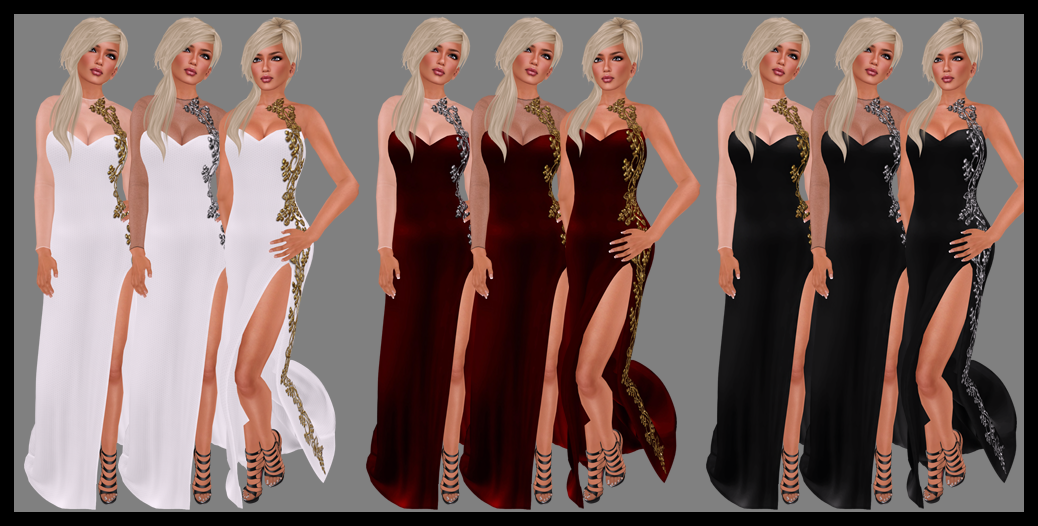 To help you celebrate the holidays I’ve released our last official promotional gown of 2015, and it’s a beauty!  The Filigree Gown Collection is actually made up of only 3 colors: Onyx, Ruby, & Pearl.  What makes them stand out is the subtle line of Gold or Silver filigree detail which accents the gown from the base of the neck, down the side along a thigh high open split, all the way to the floor.  Additional elements are provided to assist you with making your look unique by optionally adding a sheer long sleeve top in white or black.  It’s a beautiful way to celebrate the holidays and end the year in style!

The Gown itself is rigged mesh; optional sheer tops are provided in classic system layers and with mesh body appliers for users of the Belleza, Maitreya, Slink, & Omega systems.  Add the entire collection to your wardrobe by grabbing the All Color HUD, or you can choose your favorite design individually, it’s your season to shine! 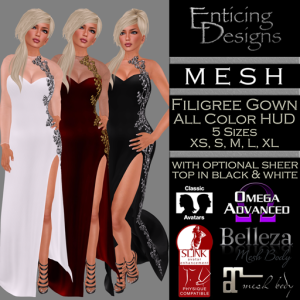 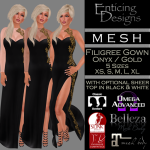 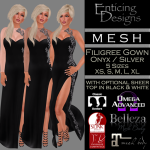 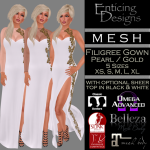 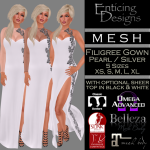 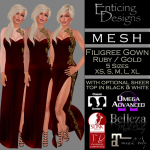 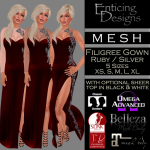 So what’s with the Junk & Disorderly bit you ask?  Well here’s a quick intro: Junk & Disorderly is the newest (unplanned) division of Enticing Designs, offering all the miscellaneous stuff I’ve designed and or built that is not fashion / avatar related.  This means buildings, skyboxes, landscaping, furniture, decor, business tools, and more!

A kiosk with Christmas related items has popped up in front of the mainstore where you will find the first 64 (& growing) initial offerings from Junk & Disorderly as well as a few deeply discounted seasonal offerings from Enticing Designs!  In theme with the rest of our divisions, our prices are low but our quality is high, so drop by and check it out – you won’t be disappointed! 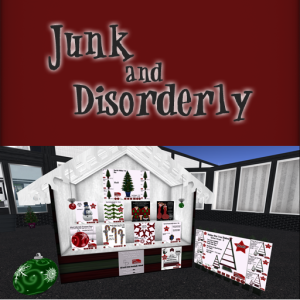 That’s all for now as I’ve got to get back to the workbench, my boss is a real slave-driver!  Here’s wishing you all a terrific Holiday Season, and (in case I’m unable to post again) a bright and wonderful New Year!

Check out the pictures of gift items from the hunt here, and then get out there and get hunting!  Good luck!